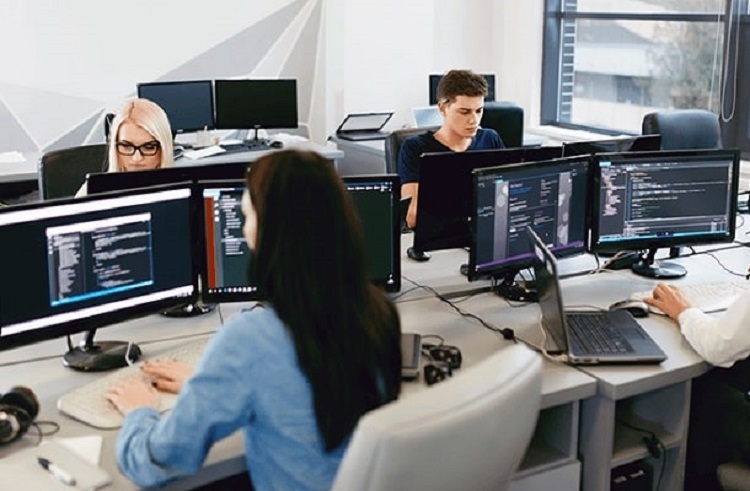 According to statistics collated by Statista, just over half of the internet traffic worldwide consists of mobile traffic. This is an immensely important figure in web development. It is more essential than ever before that websites are developed with mobile users in mind. Mobile-compatible sites have to be fully scalable. They also need to be incredibly sparing with text and have a very simple User Interface. Developing a website that is not mobile compatible is a fool’s game in 2022.

AI chatbots emulate human conversation by assessing data in order to construct responses. Modern chatbots are effective at dealing with basic visitor enquiries and delegating complex disputes to appropriate members of staff. Chatbots are regularly incorporated into ecommerce websites in order to lessen the load of work handed over to customer service staff. Despite the advantages of chatbots, companies should be wary of annoying consumers by incorporating automatically-triggered chatbot pop ups on their websites.

Web applications are apps that run on mobile and desktop internet browsers without the need for any kind of software download. They are by far the most effective way to incorporate modern features into a website. The best web application development companies like Make IT Simple in the UK offer both single page and progressive web app development. Single page web apps allow for navigation through an app without loading a new page. This increases the speed at which an app can be loaded. Progressive web apps are optimized for quick use across platforms and are especially useful for the development of mobile compatible sites.

Motion User Interface design incorporates kinetic animations and transitions in order to bring a website to life. Often making use of bold shapes and colors layered in a collage type effect, motion UI websites typically catch the eye of an end user well. There is, however, some debate as to whether these sites work well on small mobile phone screens. The move towards kinetic web development is seen by some to be a little bit of a fad, and static sites remain relatively popular. Incorporating at least some movement is seen as a way of adding depth to a design.

Applications and websites hosted entirely on the cloud are described as having ‘serverless architecture’. A move away from reliance upon local servers is good news for companies that want to swiftly expand their online capabilities without paying server costs. Massive companies like Amazon operate their websites in this fashion and offer similar services to smaller web developers. Thanks to fast internet speeds, almost all future computing solutions are likely to be hosted on the cloud.

Starting and Running an Online Business

Is it safe to buy machines online for your business –...

Are you planning to hire a commercial printing service? Check these...